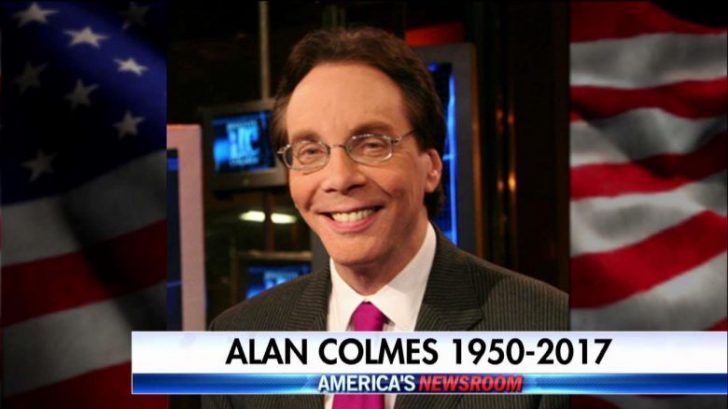 Fox News Channel’s Alan Colmes has passed away at the age of 66 after a brief illness.

“Alan Colmes passed away this morning after a brief illness. He was 66-years-old. He leaves his adoring and devoted wife, Jocelyn Elise Crowley,” said a statement from the family.

“He was a great guy, brilliant, hysterical, and moral. He was fiercely loyal, and the only thing he loved more than his work was his life with Jocelyn. He will be missed. The family has asked for privacy during this very difficult time.”

Bill Hemmer announced the sad news this morning on “America’s Newsroom,” which then aired a tribute package from Fox News Channel host Sean Hannity, his former co-host on “Hannity & Colmes.”

Alan’s passing comes just days after the death of Fox News Channel’s Brenda Buttner, who died at the age of 55 after a battle with cancer.