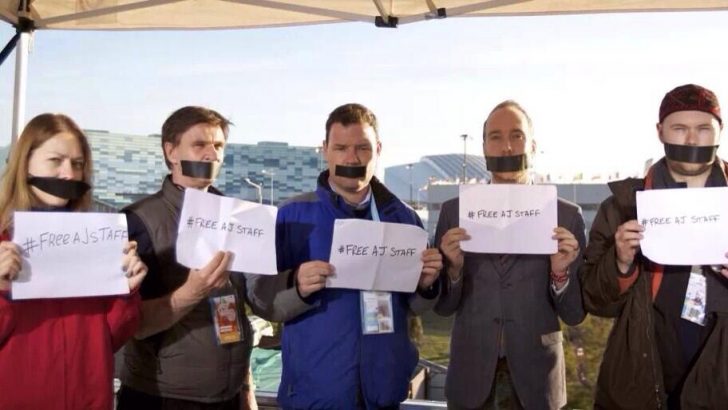 Since 29 December last year the foreign correspondent Peter Greste has been held with two Al Jazeera colleagues in Egypt’s Tora prison, accused of news reporting which is “damaging to national security.”

This week he goes on trial.

We know Peter Greste to be a fine, upstanding correspondent who has proved his impartiality over many years, whichever of our organisations he has been working for, and in whichever country.

In one of his letters from prison, Greste writes that he had only been in Cairo for two weeks before interior ministry agents came into his hotel room.

“We had been doing exactly as any responsible, professional journalist would – recording and trying to make sense of the unfolding events with all the accuracy, fairness and balance that our imperfect trade demands.”

That fits the man we know. Greste left his native Australia in 1991 to work as a freelancer for Reuters TV, CNN, WTN and the BBC. In 1995 he was the correspondent in the Afghan capital Kabul for the BBC and Reuters. He then worked for the BBC News channel in London, and as a BBC foreign correspondent in Mexico and Chile.

He returned to Afghanistan to cover the start of the war in 2001, then roamed across the Middle East, Latin America and, for the last nine years, Africa, where he is the correspondent for Al Jazeera. In all that time, he has polished his journalistic reputation.

Greste is being put on trial because of the Egyptian government’s decision on 25 December to add the Muslim Brotherhood to its list of terrorist organizations. He writes that when this happened “it knocked the middle ground out of the discourse. When the other side, political or otherwise, is a ‘terrorist’, there is no neutral way… So, even talking to them becomes an act of treason, let alone broadcasting their news, however benign.”

In total, twenty journalists including Greste are facing charges. Sixteen are Egyptians accused of belonging to a “terrorist organisation” and four are foreigners accused of assisting it, or spreading false news.

We think the Egyptian authorities are profoundly mistaken in their actions.

The role of an impartial journalist is to try to enrich people with knowledge, culture and information about their world: to report and explain, and to reflect all sides of the story.

Whatever the local conditions, a fundamental principle of any country should be freedom of speech – the existence of critical voices that can test the mettle of a system. As history shows, that’s vital.

So we think Egypt’s move is deeply damaging to the future of impartial journalism in the country and that its actions are unjust, and unacceptable.

A hard-working, honourable journalist, with a track record of achievement, has been put in jail, awaiting trial, for honestly practising his trade.

So we would like to add our voices to those that have called for his release, including the United Nations High Commissioner for Human Rights.

Peter Greste and his colleagues should be set free so that they can continue with the kind of impartial, balanced reporting he has so eloquently defended from his prison cell. 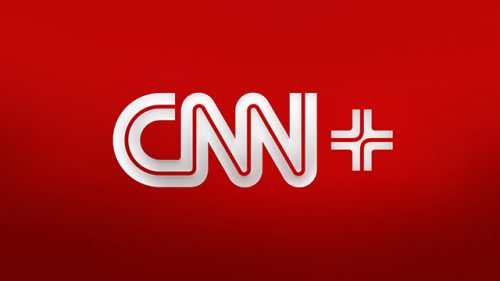 CNN today announced that CNN+ will launch on 29th March 2022 in the United States. The new streaming service will be available for purchase at $5.99 per month or $59.99 per year. Early subscribers that sign up within the first… 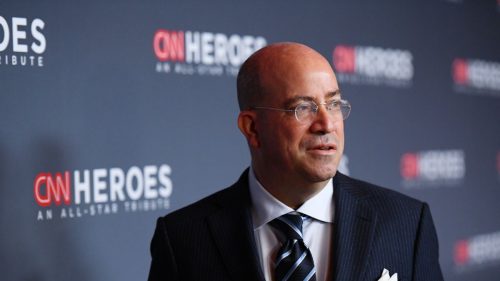 CNN host Christiane Amanpour has revealed she has ovarian cancer. She told viewers that she recently had “successful major surgery” to remove the cancer and is currently undergoing chemotherapy. Ovarian cancer is the 18th-most common cancer overall, and the eighth-most…