Christine Bleakley is set to join ITV in a ?6 million deal, according to the News of the World.

Bleakley will front GMTV with her former co-presenter from The One Show, Adrian Chiles.

A TV insider told the paper: “This shows how ruthlessly ambitious Christine is. She went to ITV for the money but could have earned a fortune at the BBC in the next few years.

“She’ll now be getting up at 3am five times a week for GMTV. She could end up looking like Dot Cotton in a year!

“If she had stayed, she would still have been very rich and she would have been the face of the Olympics.

“I’m amazed she’s been so short-sighted.”

Bleakley’s current deal with the BBC runs out around the same time as the planned GMTV relaunch in September. 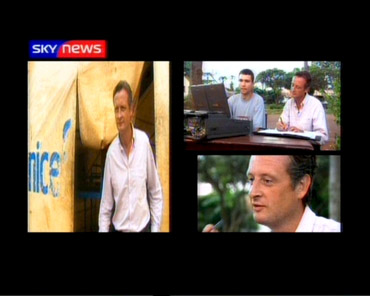