Adrian Chiles and Christine Bleakley will be reunited on ITV’s Breakfast show this September.

The BBC had today withdrawn an offer saying: ?Christine is still unable to make a decision and therefore we have regretfully withdrawn our offer as we have to put the interests of The One Show audience first and the current uncertainty does not allow us to do that?.

Peter Fincham, ITV Director of Television, said: “I’m absolutely thrilled that Christine Bleakley is coming to ITV – she’s one of television’s brightest stars. It’s great that she’ll be reunited with Adrian Chiles and their unique and brilliant partnership will be at the heart of our new-look breakfast show from this autumn. Christine will also become a familiar face to ITV peak-time audiences. We can’t wait to get started.”

Christine said: “I am looking forward to a brand new experience at ITV albeit with an old friend. And it will be exciting to work alongside Peter Fincham again who kindly gave me a break on The One Show in the first place.

“I have had the most wonderful three years at the BBC and The One Show. It has consumed my life in that time and I would not have had it any other way; I have made great friends and met some incredible people.

“It is with regret that this experience is coming to an end. I have been torn between working with Adrian Chiles and remaining at the BBC. I fully understand the BBC had to move more swiftly than I could, and as a result they’ve managed to help make my mind up for me.

“The BBC, and specifically Jay Hunt and her team, have been nothing but supportive, fair and encouraging since I stepped foot inside there. I will be eternally grateful for everything they have done for me.” 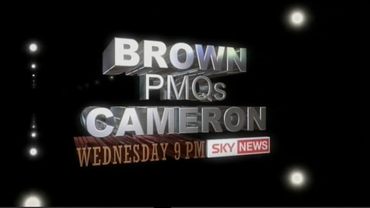