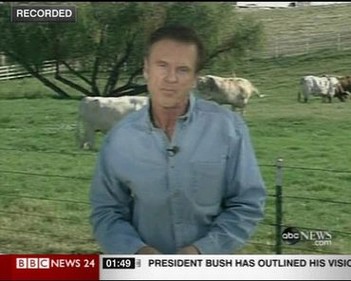 Mike Von Fremd is an ABC News correspondent based in Dallas.

Von Fremd’s recent assignments have included covering the Iraq war from Baghdad and Hurricane Katrina from New Orleans and the Mississippi Gulf Coast.

He also reported on the collapse of Enron and the trial of Andrea Yates, who was convicted of drowning her five children.

Von Fremd came to ABC after spending eight years at CBS News’ Washington bureau. From 1976 to 1978 he was a producer for “CBS Morning News” and weekend news and was an assistant director for CBS Sports.