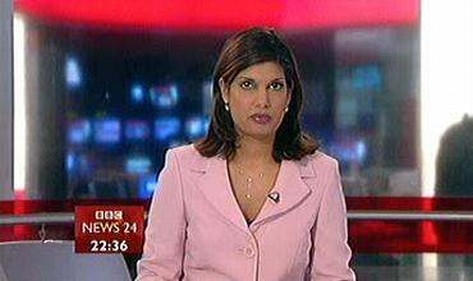 Manisha Tank is one of the BBC’s main Business News presenters.

Prior to this she was the London-based co-presenter of Business Today and World Business Report on BBC News 24 and BBC World.

Manisha was previously a Senior Broadcast Journalist at the BBC’s Business Unit and reported daily from the London Stock Exchange for the early morning edition of World Business Report.

Manisha was born in Southampton in 1976 and studied PPE (Philosophy, Politics and Economics) at Oxford University, graduating in June 1997.

During her career, Manisha has worked at BBC South and Reuters Television.

Manisha is married and lives in London.