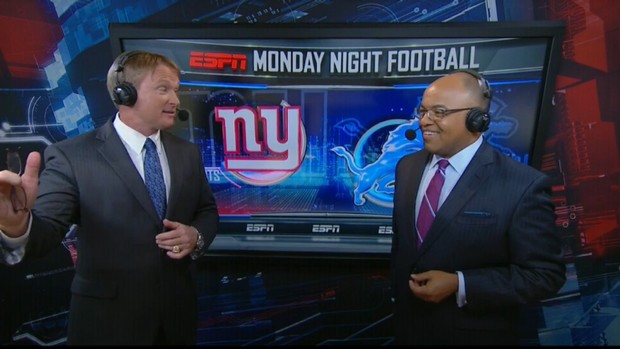 He was the head coach of the Oakland Raiders and the Tampa Bay Buccaneers, winning Super Bowl XXXVII in his first year with the Buccaneers (defeating the Raiders, his former team that traded him to Tampa Bay the previous off-season).

At the time, Gruden was the youngest head coach ever to win a Super Bowl at age 39 years, 5 months and 9 days.

In May 2009, Gruden was hired by ESPN to serve as a color analyst on its Monday Night Football telecasts, replacing Tony Kornheiser.

He has also served as an analyst for ESPN’s coverage of postseason college football games, helping to call the 2010 Rose Bowl and 2010 BCS National Championship Game on ESPN Radio and the 2011 Outback Bowl and 2011 Orange Bowl on ESPN television, and in the spring of 2012 was the focus of the series Jon Gruden’s QB Camp, where Gruden went over the NFL development process with prospective NFL draftees at quarterback, including Andrew Luck and Robert Griffin III.

He signed a contract extension with ESPN, beginning in September 2012, which will lengthen his tenure with the broadcasting company for another five years.

In 2018 he returned to head-coaching by joining the Oakland Raiders. 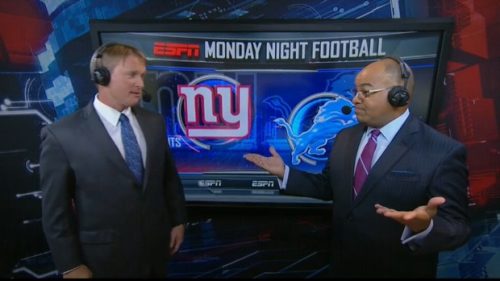 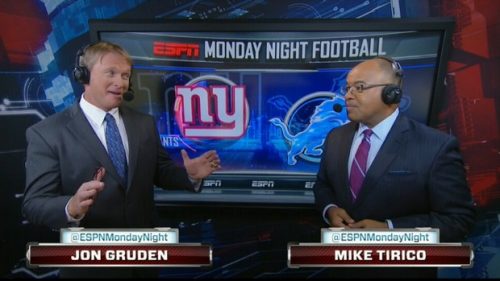 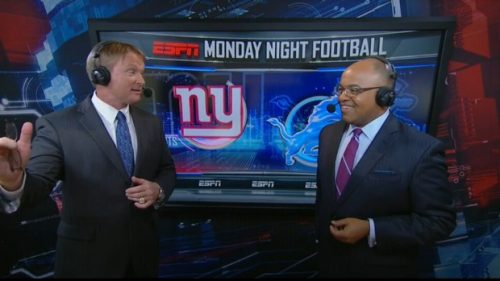 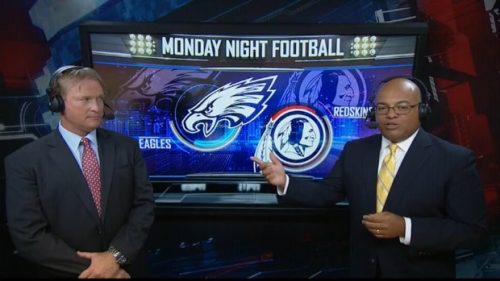 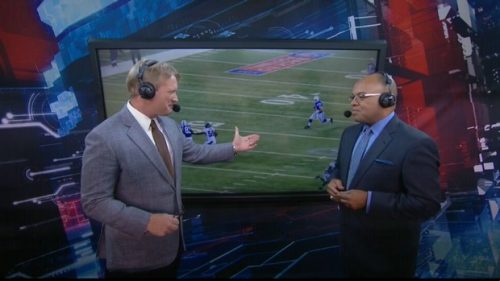 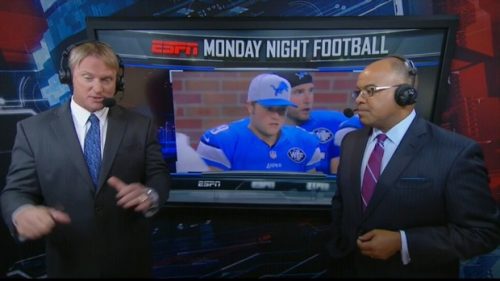