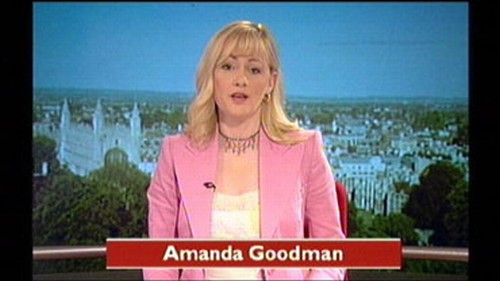 Amanda first made a name for herself as a young BBC news trainee at Oxford. While still at university, she was granted an exclusive interview with Pakistani cricketer Imran Khan, following the surprise announcement of his retirement.

After graduating, Amanda secured the post of women’s page editor on the Oxford Star, a weekly free newspaper. Adopting the motto ‘never look back’ her career carried her to Newcastle and thereafter – in 1997 – to Cambridgeshire, where she launched the Look East Close Up news service from the BBC’s Cambridge studios.

Since its appearance, Amanda’s Close Up segment has encouraged a significant increase in viewers across the west of the East Anglian region, its continuing success largely attributable to the high standard of news reporting, as well as to Amanda’s warm, affable and authoritative approach to presenting.

During her time at Look East, she has achieved several additional exclusives, including her championing of Helen Smith, a young Cambridge woman who lost her limbs through meningitis. As a result of Amanda’s interest in the case and her subsequent report, an anonymous benefactor paid for Smith to attend one of the world’s top false limb centres. As Helen Smith herself has written:

‘The day I got the letter of refusal I happened to have a phone call from Amanda Goodman who is a TV presenter for Look East. She had phoned, as she wanted to do my meningitis story. Instead she got an earful on how awful my limbs were. She was brilliant and the next week out went my limb battle story on the news with backing from my local MP Anne Campbell. The day after this my telephone rang non-stop with papers and TV shows wanting my story. As a result of this I was featured in The Daily Mirror, The Express, Woman magazine, “That´s Esther”, “This morning” with Richard and Judy, Cosmopolitan magazine and some German TV programs. As a result of the Look East story a local businessman offered to pay for a set of limbs so this meant I could finally make my appointment with Dorset Orthopaedic in June 1999 for a full set of life-like limbs. The limbs I got were fantastic, not only did they look like real limbs but they were comfortable and I could walk, dance, paint, and cook. After a year of campaigning the NHS has agreed to pay some of the costs of my limbs.’

Amanda’s persistence in following the story led to a further documentary, made by BBC East, which subsequently won two Royal Television Society awards. She has also been listed a number of times for the Tony Scase Award – RTS East Anglia’s top award for Television News Reporter.

Despite having once claimed that Cruella de Vil is the cartoon character with whom she most identifies, Amanda contradicts this self-perception through both the stories and issues she chooses to champion and her warm, friendly presentation – a style that has seen the Close Up slot continue to grow in popularity. She admits her favourite colour is pink – subtle shades of which she often wears, and which reflect the approachable style of her television work. Her ability to adopt the most appropriate tone for any given story has secured her place as one of the area’s most well-loved and most trusted news reporters.

Amanda’s welcoming, informative and self-deprecatory manner is surely an extension of her personality beyond the cameras. Her personal life, she admits, is dedicated mostly to time spent with her husband, children, family and friends. She also enjoys horse-riding, eating out, writing fiction and going to the health club, not to mention travelling – Greece being a preferred destination. In 2000, she gave birth to her first child, Jessica. A son, Toby, followed just twelve months later. These Amanda referred to as her ‘Irish twins’, although they have since been joined, in 2006, by a second daughter, Lottie.

Despite her love of the ‘jewellery my husband has bought me‘, Amanda also enjoys such down-to-earth treats as chocolate, as well as egg mayonnaise and raw onion sandwiches.

One weakness, however, might be her love of motors. Her first may have been a mere ‘Mark 1 Escort called Beryl the Yellow Peril’, but she now confesses a love of ‘driving very fast cars!’ In spite of this, she also reveals her worst habit is leaving her own car ‘like a tip’.

Away from the studio, Amanda enjoys watching Casualty and Spooks (although the latter may have something to do with her affection for actor, Matthew MacFadyen). Her favourite film is Monty Python’s Life of Brian, which is again demonstrative of the impish, slightly subversive but ultimately very humane character she reveals before the cameras.

Musically, she says that her first record was the Isley Bros’ Summer Breeze – but only because her mother liked it. (Amanda herself yearned for a copy of Ray Stevens’ The Streak!) She has been known also to listen to Blondie and Santana.

Her choice of Wimpole Hall as the best day out in the East is indicative of the fact that Amanda Goodman is not merely a great reporter of East Anglian news but also an active member of the community to which she belongs, and by which she is greatly loved and admired. 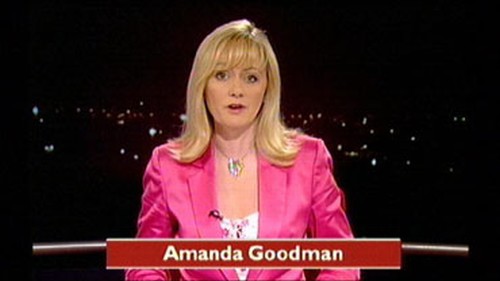 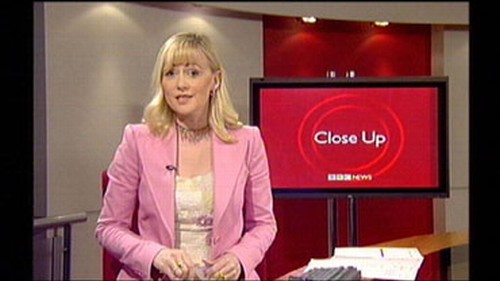 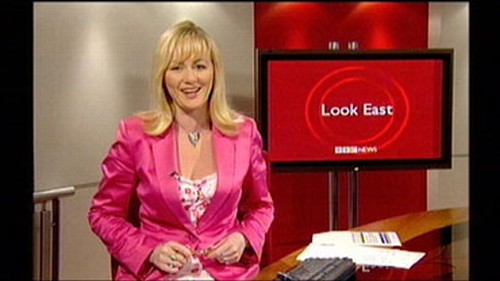